Small ‘Groups’ Within the ‘Team’ an Alarming Situation in People/Team Management - Diffuse and Re Structure. 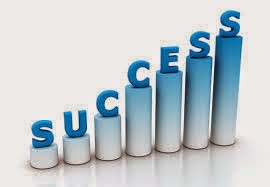 It is not uncommon for small groups within the team functioning independently and threatening the team morale. Leaders who work with teams face this situation at some point or the other. It is common with both big teams as well as a small team size of 10 to 12 people. Also, sometimes it is possible that this issue is already prevalent in the team that you are about to take charge of. It happens as they may have either been mishandled or the issue was not addressed at all. Both ways they are alarming and need to be diffused on priority. The reason being a team will not be successful with small groups working against each other. One of the major reasons observed is the domain expertise of one group over the other. People who are very good at process knowledge tend to team up as a group, obviously leaving behind people who possess an average/less content expertise. The second group feels neglected and suppressed. At the beginning, process expertise is the only distinguishing factor between the two groups. However, over a period of time (which is not very long) it will have disastrous cascading effects, involving emotions and making it a mess. At this point, you have two rival groups within your team who can barely stand each other. It comes to a point that even performing daily chores of the team, mundane tasks seem challenging. In order to control the situation from going that bad, measures should be taken; at the first instance you observe these occurrences. An effective way of noticing these situations steadily grow is that the people in these small groups tend to hang out with their respective cluster during the breaks. They try to spend most of their working hours in a day with the same company, showing resistance to mingle with others.
It is a very delicate situation to work with considering the perceptions of the two groups involved. To start with, the members of the group with process expertise need to be counseled first. Once again, as suggested in my previous articles; discussing with individual members; one at a time and not as a group. The individual must be first appreciated for his/her expertise and then coached/motivated on the following lines.
• One of the greatest things that an individual possesses is knowledge; and the most powerful use that he/she puts to is by sharing it.
• Knowledge is the only wealth in this world that increases by sharing.
• Sharing knowledge should be considered as an opportunity.
• Sharing definitely is caring about the other individual - a key attribute, one that will reflect as a prerequisite for a future leader.
Besides, teaching a person to fish is more valuable and long lasting; it will provide for a life time. Also, in our personal life we share a lot of things that we find amusing, interesting and of great value. Sharing brings us immense joy and a definite sense of satisfaction, that we are a source of providing valuable information to people who are in need of it. The intention and the ability is certainly a gift to possess. Now once coached, a commitment must be gained from the individual/s for a specific knowledge transfer plan involving the other group.
Similarly the other group (again individually) should also be prepared, explaining that the main aim is to reinforce the team spirit that is falling apart, and adding more value to their existing skill set in the process.
These tips go a long way to bring the small divided groups together to build one strong winning team.
http://GoArticles.com/article/9485424

I 'm an IndiBlogger 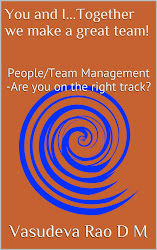 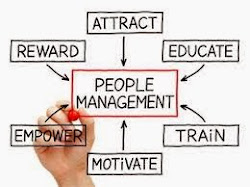